Amazon should be most famous for getting credit for other people’s achievements. Instead, the ubiquitous internet company that couldn’t even come up with its own name has been getting a lot of grief for poor treatment of its workers: something else it didn’t invent but is working extra hard to make sure it’s on the forefront of rottenness. Its most well-treated, highly-stressed employees have a beautiful corporate park on the northern edges of downtown Seattle while the rest of the city fumes and resents their rent-raising, traffic-brewing presence and their deplorable, drunken impact on traditional small-town life.

The fantasy of living in Seattle has been that of a small, frontier town that didn’t welcome arrivals happily. Newcomers are treated to what’s been colloquially known as The Seattle Freeze. Immigrants make Seattle different, and we don’t like different.

Transplants from outside the Pacific Northwest quickly learn to act like a native, and that means making someone even newer to Seattle feel unwelcome. There’s no zealot like a convert. Those of us who came here before you have a lot to prove.

Tech workers have been making Seattle a horrible place to live since ZymoGenetics and the biotech boom of the mid 1990s, since Microsoft moved to Bellevue in 1979, since the B-52 and the 707 in the 1950s, and long before that when what would become the Boeing Airplane Company set up shop on the banks of the Duwamish River in 1910.

The Duwamish people themselves were probably the first to exclaim the woe of unwanted immigration and all the troubles it would undoubtedly cause.

As awful as the current crop of Amazon drones are, they’re not the first to be blamed for the plague of big city problems they bring with them. I came to Seattle in July of 1991 with a group of friends from the Midwest, the Northeast, and the South to start a newspaper called The Stranger. We were loud and annoying, we didn’t follow the rules: we drank too much liquor, not enough microbrewed beer, thought Starbucks was pretentious.

Much like the current crop of invaders, the only thing we really liked about Seattle was that it seemed like a great place to turn into a place where we’d feel more at home.

We queered the place up. We thumbed our noses at authority figures. Many of us had come fresh from The Onion and had a taste for printing filthy words and dirty pictures because it got a rise out of people, because it wasn’t supposed to be done. We had a set of business ethics we cribbed from The Godfather movie franchise.

What was different back then is most of us worked very hard for very little money. Very few, if any, of us got rich off the endeavor. Some of us got famous, but most of us were just happy to have been a part of something that changed the world a little bit, maybe made it a tad more interesting than it would have been if we hadn’t been there to shake things up.

I’ve heard tell the money’s nice over there at Amazon. Maybe it makes me a big sucker for having spent my youth working on something that when I added up all the money I made on it, I would have been better off working a forty-hour week for minimum wage for the same amount of time.

I’m not even sure if we built something I’m proud of. The Onion and The Stranger helped usher in a world where fake news is more compelling than the real stuff. That’s certainly wasn’t the intended outcome. I don’t feel a sense of responsibility for that downturn, because it’s pretty clear that’s where we were headed anyway.

Most of the humor was making fun of what we saw happening around us by powerful entities acting in their own economic interests to the detriment of public polity.

I do feel like the people I worked with during that time had a sensibility that set us apart from the institutions we were mocking. We punched up at authority instead of ridiculing the powerless. When we made mistakes, and we made plenty, we turned that into jokes at our own expense. We may have worked ourselves into early-onset old age, but we… well, there’s really no way around that, that’s life in the fast lane.

It’s International Worker’s Day today, and there will be flashbangs and broken windows and signs blaming Amazon for all of Seattle’s ills. Amazon is awful, there’s no denying it. The company is leading a race to the bottom since it overtook WalMart, and as a society we’re all living poorer lives so we can save a few bucks on cheap crap we don’t need.

But the workers — the tech bros and the woo girls — they’re the Joe Six-packs and the Rosie the Riveters of the modern age. They’re the salt of the earth and their bent backs are building the future that we’re all going to live in. We’re all in this together.

Those of us who’ve lived in Seattle for the last five years, or ten years, or like me for the last twenty-five; we can see them as invaders who are only here to stink up Capitol Hill with their Fireball-shot and Rainier beer vomits, clog up the streets and the interstate and the Link Light Rail, and bring their screwed up values from wherever-the-hell-it-is they come from.

Or we can see them as ourselves, not too long ago.

From what I remember of myself back then, nobody could have stopped me from doing exactly what the hell I was going to do and whenever someone was stupid enough to tell me something couldn’t — or shouldn’t — be done, I’d work all that much harder to make it happen.

I’m looking forward to what you have in store for us. 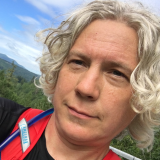